Varese, 4th November 2018 – The name “America” holds a prominent place in the MV Agusta heritage. The primary reference is to the “S America 750”, a model that dates back to 1975 and which boasted an in-line four-cylinder engine with dual overhead camshaft, 75 horsepower and air cooling. More than 25 years later, it was the first Brutale, the four-cylinder designed by Massimo Tamburini, to revive the name “America” with an immediately recognisable colour scheme: red, white and blue. Fast forward to the year 2012, it was time for another rendition of the Brutale America, also on a four-cylinder platform.

The very first three-cylinder Brutale America was introduced last year. Precisely because of the success of this version, the CRC workshop conceived a new interpretation on the Dragster 800 RR platform. This brand new “America” reiterates the attractive colour scheme on a mica blue base with iridescent reflections and horizontal graphic cuts that enhance the original characteristics of the Dragster 800 RR: irreverent design, top shelf technical features and as always an extreme attention to detail. The upper part of the fuel tank is adorned with stars, just like on the 750 S from forty-five years ago. The saddle boasts stitching with gold highlights and unique materials for the areas dedicated to the rider and the passenger. The beautiful spoke wheels pay homage to the colours of the American flag: blue hub, red spokes and white rim. 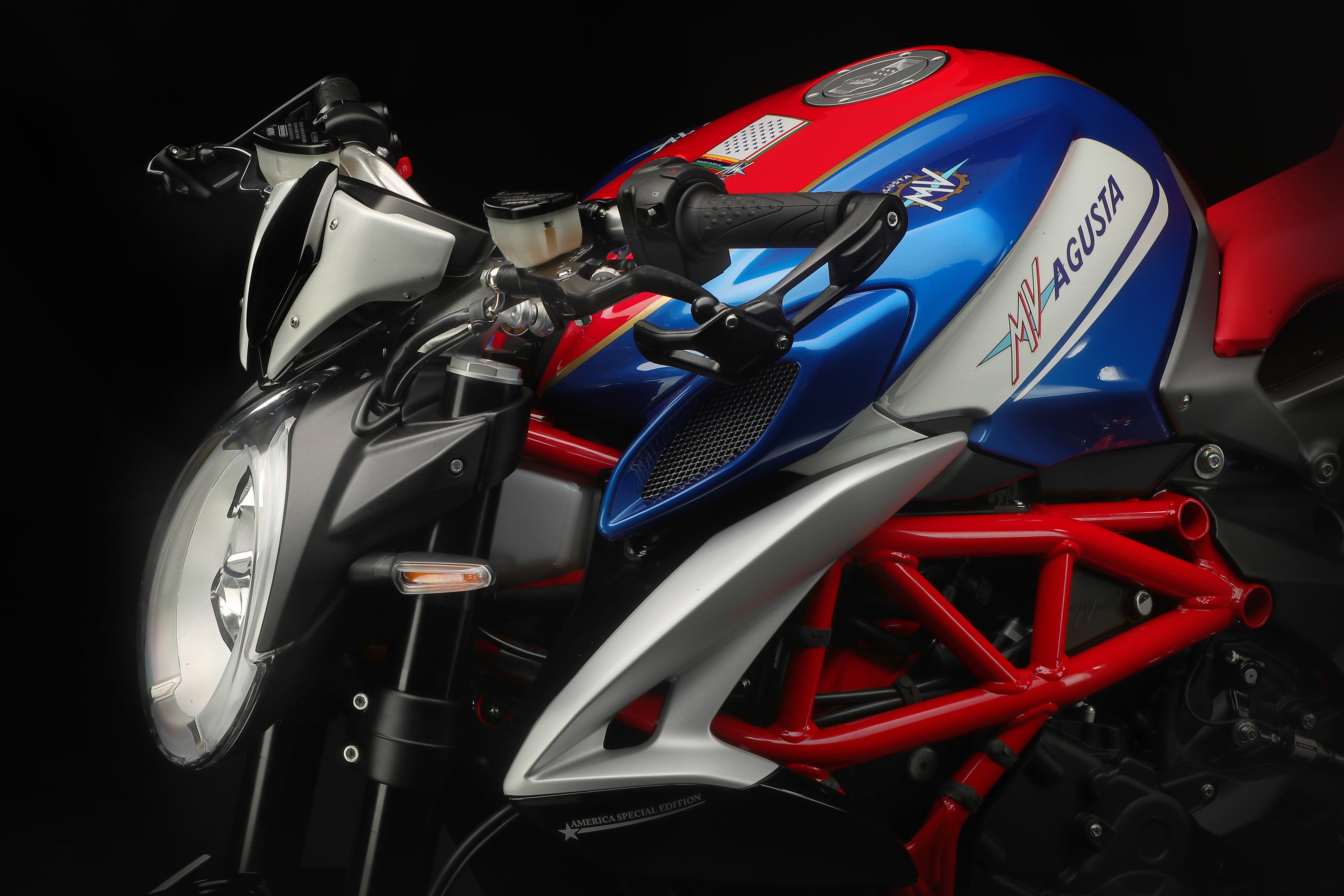 The three-cylinder engine was improved to comply with Euro 4 regulation and also to enhance performance and reliability. The engine’s anchoring point to the frame has been revised, as well as the primary gears, valve guides and the cam phasing. The gearbox is also new, quicker and requires less force on the lever to engage gears. 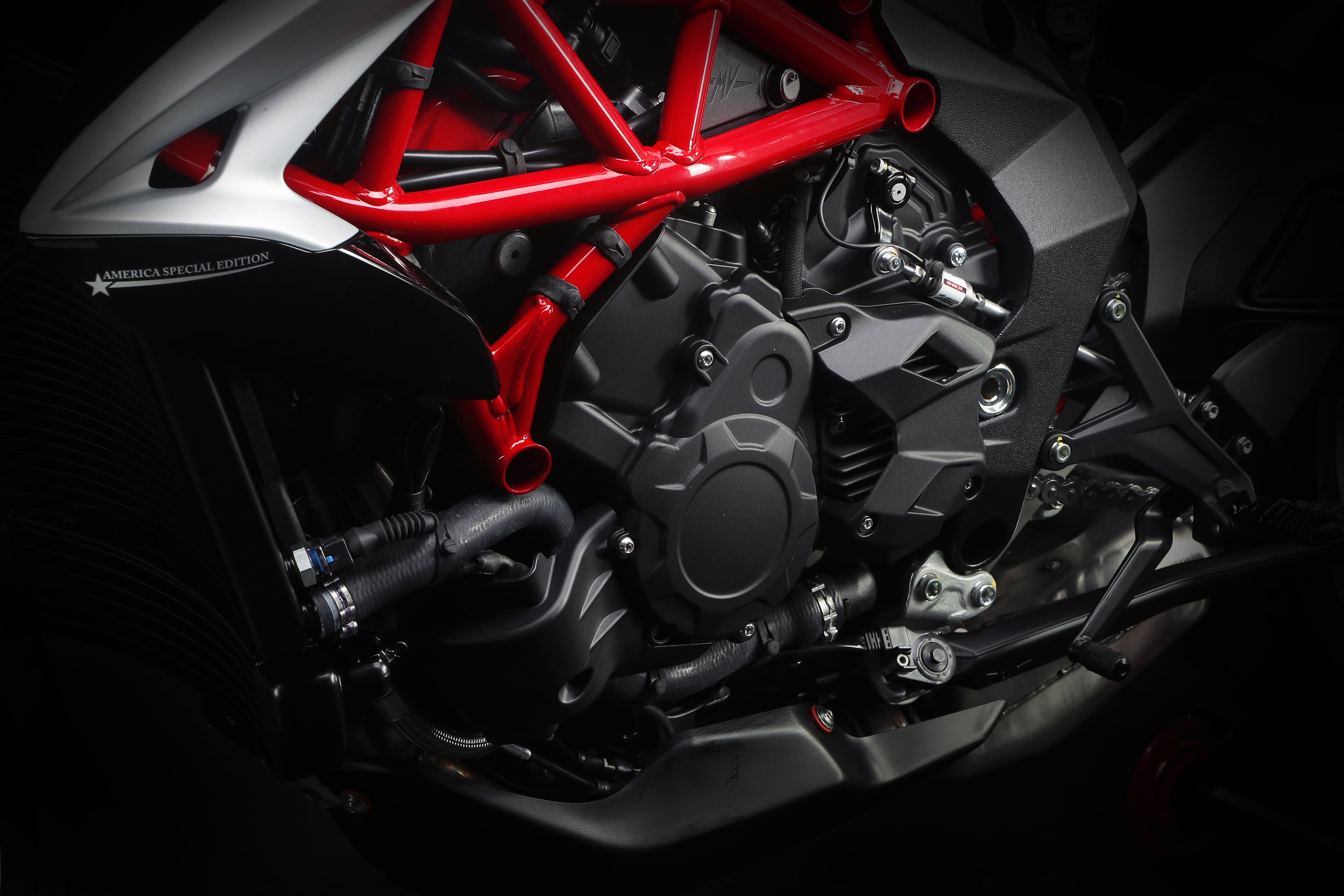 In this configuration, the three-cylinder engine powering the Dragster 800 RR develops 140 Hp at 13.100 rpm and a maximum torque of 87 Nm at 10.100 rpm, with a fluid delivery at lower revs and an extraordinary acceleration, tamed only by the rev limiter intervening at 13.200 rpm. 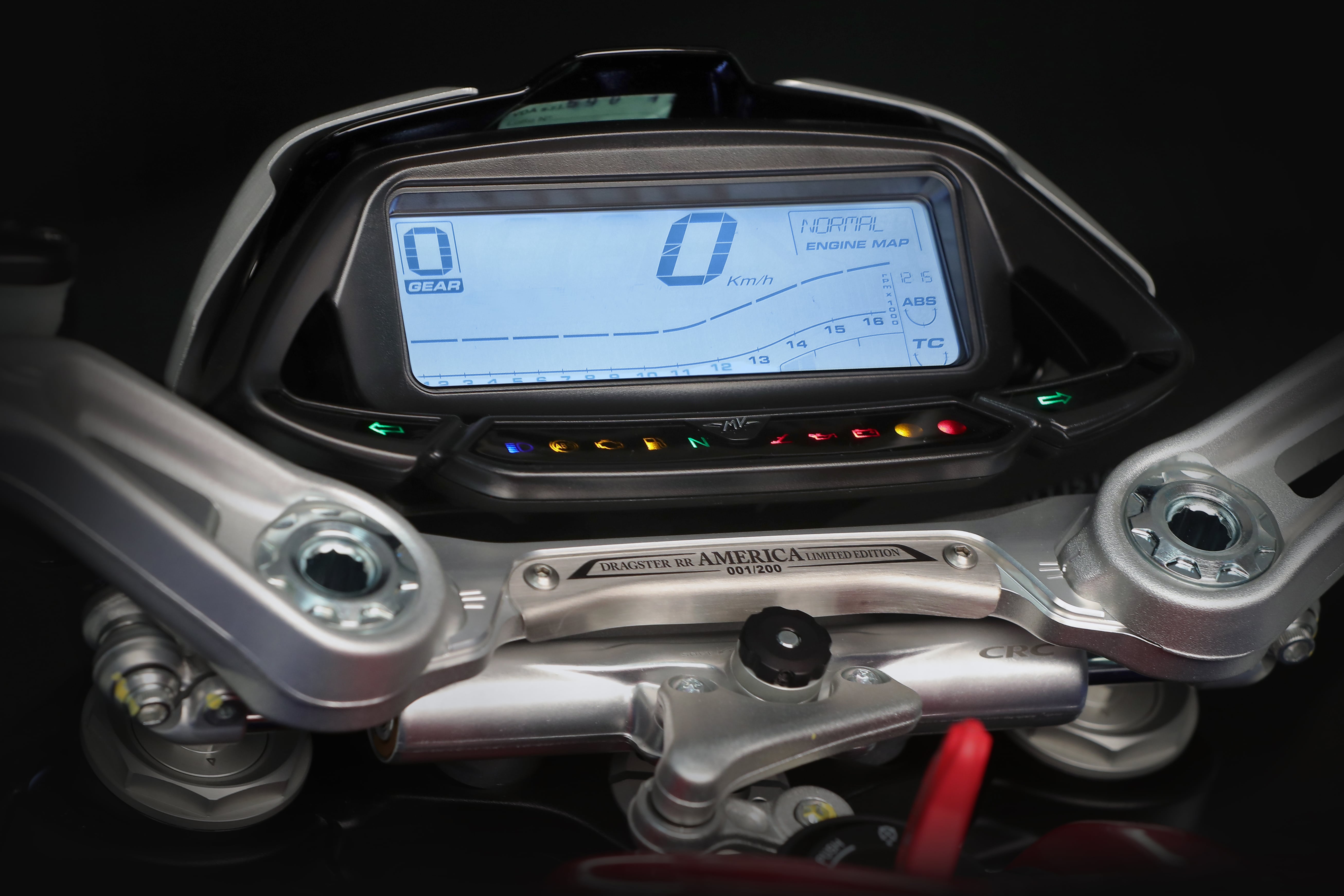 The MVICS with full Ride By Wire has been further improved. The unprecedented mappings were specifically developed for the new Dragster 800 RR. Traction control is adjustable on 8 levels and the sophisticated electronic up & down gearbox is mated to the hydraulic slipper clutch. An immobiliser with key recognition rounds up the offer. 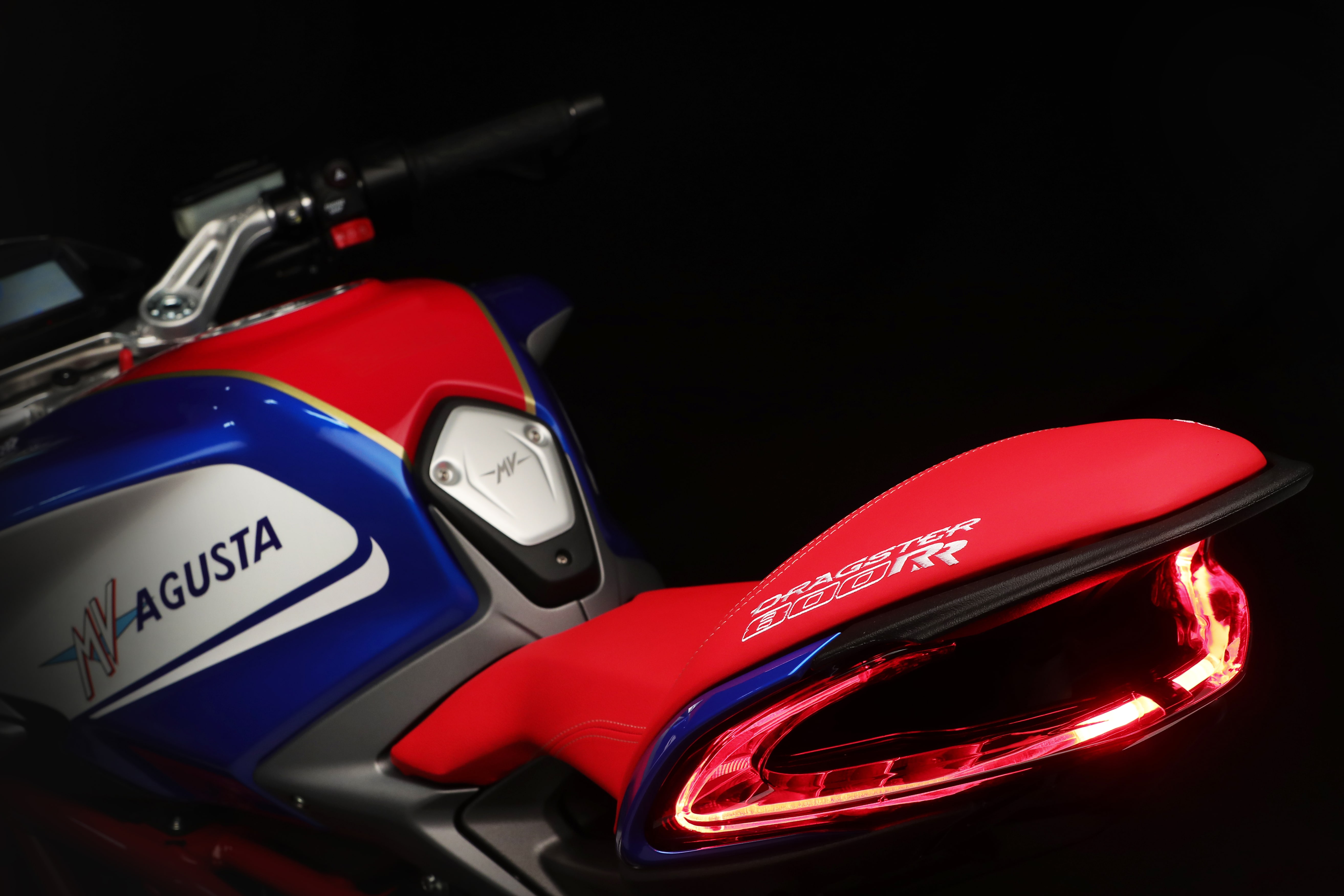 SAFETY FOR AN EVEN GREATER RIDING PLEASURE

When there’s nothing else to worry about than riding pleasure, fun is at its top, especially when your safety is guaranteed by a Bosch 9 PLUS two channels ABS system with Rear Wheel Lift-up Mitigation. The RLM system shoots in to mitigate excessive braking action on the front wheel and avoid rear-wheel lift.